On the Basis of Personal Appearance

On the Basis of Personal Appearance

As you know, Title VII of the Civil Rights Act of 1964 (Title VII) is one of the principal federal statutes prohibiting employment discrimination. It prohibits discrimination on the basis of race, color, national origin, religion, and sex (including gender and pregnancy). Other federal statutes that prohibit employment discrimination include Title I and Title V of the Americans with Disabilities Act (ADA), the Age Discrimination in Employment Act (ADEA), the Genetic Information Nondiscrimination Act (GINA), and the Uniformed Services Employment and Reemployment Rights Act (USERRA). But, employers must also be aware of state and local laws that extend protection beyond these federally protected classes. In the District of Columbia, for example, it is a violation of the law to discriminate on the basis of personal appearance, a category of protected class that has caused employers significant confusion with respect to what kinds of dress and grooming policies they may lawfully enforce. So what does personal appearance discrimination mean? And what should employers do to minimize their legal risk and ensure they do not run afoul of such laws?

Under the D.C. Human Rights Act (DCHRA), personal appearance is one of 20 protected traits for people that live, visit or work in D.C. Personal appearance is defined as the outward appearance of any person, irrespective of sex, with regard to bodily condition or characteristics, manner or style of dress, and manner or style of personal grooming, including, but not limited to, hair style and beards. To flesh this out, the D.C. Office of Human Rights, which administers the DCHRA, issued enforcement guidance in September 2017 to provide an explanation of this less understood protected category. It clarified that a person may not be discriminated against based on the individual’s actual or perceived “personal appearance,” which means employers may not refuse to hire someone, for example, because the individual wears a head scarf or has dreadlocks. The guidance document even provides an illustrative example of this. It states that, if Michael has a beard and applies for a job as a receptionist of a business office, where the job announcement requires applicants to have 3-5 years of experience and Michael possesses 5-6 years of experience as a front desk receptionist, the business employer cannot refuse to hire or consider Michael, a qualified applicant, because of his beard.

But, there are some limits to this rule. As the enforcement guidance makes clear, an employer can establish requirements for cleanliness, uniforms or other standards as long as the established standard is for a reasonable business purpose (e.g., for maintaining the health and safety of all individuals) and applied uniformly to everyone. This is often referred to as the “prescribed standards” exception, and is successfully argued by showing the following three elements: (1) the existence of prescribed standards; (2) uniform application of the standards to a class of employees; and (3) a reasonable business purpose for the prescribed standards. So, in our example, if Michael is hired, in most cases, the business employer may require that Michael adhere to the company’s established grooming standards along with all other employees, unless Michael has a religious reason for his beard. Unfortunately, however, the enforcement guidance, while certainly helpful, may have oversimplified this exception.

In the real-life context, employers have asked some tricky questions. What qualifies as a “reasonable business purpose”? How specific or broad should prescribed dress and grooming standards be? And what if we do not enforce the standards all the time because we have a lax enforcement policy or inadvertently miss a case or two? While advice from legal counsel can provide tailored answers to the first two questions, what is nearly certain about the last is that, if an employer does not enforce its dress and grooming standards, it is opening itself up to major legal risk. This is because, as described above, uniform application is a required element for employers to claim the “prescribed standards” exception. Furthermore, personal appearance discrimination claims are subject to the McDonnell Douglas burden-shifting framework that we described in a prior post. That is, if a plaintiff alleges employment discrimination through the use of indirect evidence, the plaintiff must show that: (1) she is a member of a protected class; (2) she suffered an adverse employment action; and (3) the unfavorable action gave rise to an inference of discrimination. One way for a plaintiff to demonstrate that an unfavorable action gives rise to an inference of discrimination is to present evidence of disparate treatment. This is often done by showing that she was treated differently than similarly situated employees outside of her protected class. Accordingly, if an employer does not enforce its dress and grooming standards consistently, it makes plaintiff’s case stronger, which is at least one reason why strict enforcement of such standards is so crucial.

Furthermore, although only a small number of jurisdictions extend anti-discrimination protections to personal appearance, this area of law is growing and is often intrinsically connected to other protected classes. For example, the New York City Commission on Human Rights (NYCCHR) issued new guidelines in February 2019 stating that employer policies on grooming and appearance that target, limit, or otherwise restrict natural hair or hairstyles may be unlawful and could result in a penalty of up to $250,000 per violation. This is because NYCCHR determined that black hairstyles are an inherent part of black identity, and therefore, should be protected racial characteristics. The guidance notes that protections extend to the right to maintain “natural hair or hairstyles that are closely associated with their racial, ethnic or cultural identities.” While the guidelines specifically focus on black communities, the protections extend to other groups, including those who identify as Latin-x/a/o, Indo-Caribbean, Native American, Sikhs, Muslims, Jews, Nazirites, and/or Rastafarians.

So what can employers do to minimize their legal risk and ensure they do not run afoul of any anti-discrimination personal appearance laws? As noted above, advice from legal counsel will assist in determining whether an employer’s business purpose is reasonable under the law, and whether its prescribed dress and grooming standards are written in a way that best shield the employer from potential claims. This is often done through a review of the employer’s dress and grooming standards in its employee handbook. Typically, a broader set of standards with legally protected carve outs (e.g., for religious and disability accommodations, health and safety concerns, etc.) is advisable. It is also prudent to enforce the standards uniformly and consistently. Other concerns, such as keeping the standards gender-neutral, should also be considered.

Beeta B. Lashkari is an Associate in the Washington, DC office of Conn Maciel Carey LLP working in both the OSHA and Labor and Employment practice groups. Ms. Lashkari advises and represents clients in a wide-range of inspections, investigations, and enforcement actions, including those from the U.S. Occupational Safety and Health Administration (OSHA), the U.S. Environmental Protection Agency (EPA), the U.S. Chemical Safety and Hazard Investigation Board (CSB), and state and local regulators. She handles all aspects of litigation against OSHA, from citation contest to hearings before administrative law judges. Ms. Lashkari provides legal advice to clients regarding compliance with all OSHA rules and standards, including the Process Safety Management standard, Grain Handling Facilities standard, Hazard Communication, Respiratory Protection Standard, and others. She also reviews and revises employee handbooks and workplace policies and procedures. Additionally, in support of the firm’s Employment and Labor practice group, Ms. Lashkari manages workplace investigations, including whistleblower and retaliation claims, defending employers in EEOC discrimination and harassment charges, and counseling clients on myriad legal issues employers face in the workplace.

“Uncomfortable” interactions in the library: Librarians of color and their fictional depictions – Pop Culture Library Review December 20, 2022 9:23 am 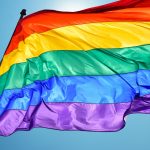 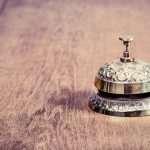