Nearly 16 years after the tragedy of September 11, 2001, the world has seen a proliferation of new skyscrapers, reaching heights heretofore unheard of. In spite of the horrific images of that day that linger in the minds of citizens worldwide, construction of new “superstructures” continues unabated. This month, we take a look at measures adopted post-09/11 in an effort to determine if safety and security of these buildings has been enhanced and if so, to what degree.

Incorporation of Flame and Impact-Resistant Materials

One of the most searing images of 09/11 is the progressive collapse of the upper floors of both World Trade Center towers and the “pancaking” of the floors on top of each other. Various theories have been proffered by design and construction experts on the exact sequence of events that triggered the collapse. However, all agree that the “inner core” of the building most likely could have withstood collapse if it had been constructed of reinforced concrete, rather than steel. In fact, the US Institute of Standards and Technology (IST), in its final report on the collapse of the Twin Towers, noted that alternate weight bearing and weight distribution technologies as well as the use of more robust fire resistant materials in construction would contribute to enhancing structural integrity in a fire or dynamic impact to a high rise building.

It is clear that 09/11 ushered in a sea change in the thought process, design and architecture of skyscrapers, defined in this article as those structures exceeding 1250 feet (381 meters) in height. One of the most promising developments since that tragedy is the use of Ultra High-Performance Concrete (UHPC). The material is fire resistant due to the inclusion of polypropylene fibers and provides for greater load bearing and shifting capabilities in the event of aircraft impact or significant ground movement due to earthquake. It is up to 1,000 times more durable than standard construction concrete and lasts 2-3 times longer. Its compressive strength is outstanding and due to its low porosity, it is resistant to cracking and water infiltration. Its use in the construction of bridges, both in the US and Europe, has taken hold and various versions of UHPC are being tested for use in high rise construction.

The fire suppression systems in the WTC were in large part rendered inoperable due to the extremely high temperatures caused by burning aviation fuel and other volatile chemicals. In an effort to enhance autonomous on-site fire suppression, the builders of new superstructures are encasing sprinkler mechanisms in concrete and adding high capacity exhaust and ventilation systems. Laminated, heat-resistant glass is being incorporated into window design. The architectural firm which designed the new One World Trade Center, Skidmore, Owings and Merrill, has added chemical and biological agent air filters and increased the width of escape staircases by 50%. In addition, it has added an emergency staircase for the exclusive use of first responders. In an effort to impart clear guidance to building occupants in an evacuation, the New York City Fire Department, for its part, will now take over the building’s PA system upon arrival, thus avoiding possible conflicting guidance given by the building’s security personnel and first responders. It is noted that on 09/11, may occupants of the Twin Towers returned to their office space after beginning evacuation inasmuch as the pre-recorded building security announcement instructed them to do so. This caused an unknown number of people to perish.

A school of thought has emerged that the use of elevators to escape a building fire should not be automatically prohibited. In fact, both in Europe and in China, service elevators specifically designed for the use of first responders in an evacuation are being designed. This would assist firefighters in extinguishing a blaze on the upper floors and would facilitate the arrival of emergency equipment on site. Response time would be shortened and occupants would not have to wait hours in smoke-filled or burning floors for help to arrive. The elevators and their mechanical and electrical components are designed using fire resistant materials and are powered by a dedicated electricity source. Encased in the reinforced concrete core, the elevators can also be used by properly trained personnel to facilitate emergency evacuation.

Obviously, 09/11 was the catalyst for significant enhancements in building construction, but one must not forget the need for security safeguards at ingress and egress as well as the need to train. In the US, the visitor to a high rise is now routinely challenged should the person not possess a card key allowing access to the building and even the elevators. Turnstyle-like barriers are in place recording each and every swipe of an access pass and concrete barriers are visible on the building’s exterior. Fire drills have been made mandatory both by building owners and by city officials and sprinkler systems and alarms have become so advanced that fire departments can receive electronic notification of the exact floor and location of a hazard through a signal sent from the device to the department’s dispatch. Clearly, these are positive developments that will contribute to first responder efficiency and occupant safety. Tragically, many of these cutting edge enhancements were not in place in London and what was available was not maintained or properly used. Additionally, a retrofit of existing buildings is not always possible.

US Firm Under Scrutiny

The US firm that supplied the cladding for the Grenfell Tower, Arconic, said it was said discontinuing sales of Reynobond PE for tower blocks due to “issues” identified by the fire, which is feared to have killed at least 79. The government of UK Prime Minister Theresa May said 75 buildings in 26 council areas had now failed fire safety tests – every one tested so far. Tower managers from across the UK are being urged to send in samples of their building’s cladding components for combustibility tests. Ironically, Ms. May’s government, while urging further testing, acknowledges that it did not propery define the degree of “combustibility” that exterior cladding was required to withstand when it promulgated its latest rules, which are widely thought to be insufficient and poorly monitored. There is no excuse, however, for fire alarms systems that were defective or for a building design that allowed for one fire escape staircase only.

The London Grenfell Tower fire shows that in spite of existing, advanced standards for building construction and fire suppression, if the political will and the financial support do not exist, such improvements are little more than paper changes. In London as in New York, the results were tragic. The challenge for modern societies is to ensure that safety, both in design, construction and in emergency procedures, keeps apace with new technology. City managers and councils must ensure that building fire codes are written reflecting the incorporation of the most cutting-edge technologies. Advanced and recurrent training for first responders and building occupants must not be an afterthought and government agencies charged with oversight must be held accountable as well. 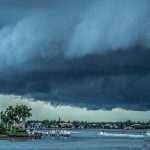 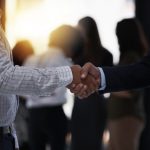